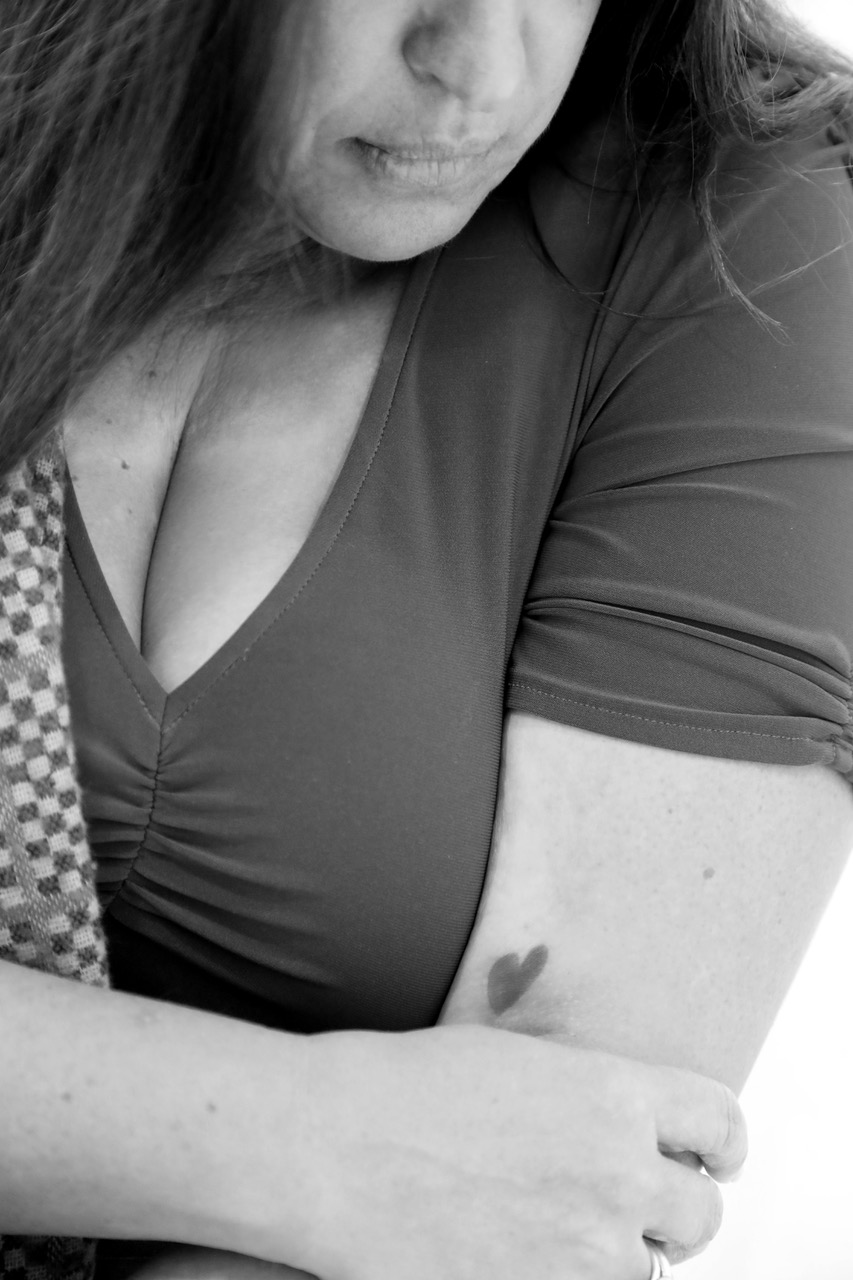 I used to think that homelessness was something that happened to other people. I’d grown up in a middle-class home, went to a Catholic school, came from a loving family and my parents worked really hard so the idea of not having a home of my own to live in was just not something that was in my psyche. Yet, through life’s circumstances, I ended up having to sleep in the same bed with my daughter for about seven years because I just couldn’t afford accommodation where she had her own room.

All that started, unfortunately, because her biological father had a gambling problem, and with that came the lies, and we kept getting evicted from where we were living because he wouldn’t pay the rent. We ended up fighting, and then the violence became so constant in our home that he accidentally hit our daughter when he was trying to hit me. And that was the moment when I realised I had to leave him because up till then I kept thinking that I could help him or that he could get his act together, or that the situation wasn’t as bad as it was,

I think when I rang the help line to talk through what had happened I was probably in shock. I told the person on the phone about how my partner had accidentally hit our daughter, instead of hitting me, and she said that DOCS would have to be called and that they would have to assess whether or not it was safe for my daughter to live with me. I’d never thought of being a single mother but in that moment I realised it was real and that I needed to leave her biological father.

And that’s what I did. I left and it was financially really, really hard, and I could only afford a one-bedroom place. So it meant that my daughter and I slept in the same bed and we did that for seven years. And that wasn’t a situation that I thought I would ever be in. I was on the community housing list, but our number never came up so I never did get community housing or government housing assistance. I was on the sole parent pension and the family benefit and the other benefits that you can have.

I lived in an upper middle class area, is where I was born and bred, and I realised that if I was sent away to affordable housing, like, I don’t know, an hour or two away from my support network, I would be alone. And that wasn’t going to be good for my mental health, so I needed to stay in the area I had support close by. I also wanted to keep my daughter in her school, so that she could have that security and be close to my family and friends. She went to a Rudolf Steiner school and that was a particular type of education that I really believed in. I worked a lot of jobs to keep her in that school.

Her biological father wasn’t paying child support and there didn’t seem to be anything I could do about that, and child support couldn’t seem to do anything about it either. It was just really financially challenging. And unfortunately the school she attended had very limited in their support. They did help out a little bit, but when it came to her higher education, I really had to fight to keep her in that school. I offered to pay in a different way, like asking if I could volunteer or if I could make payment plans, but they really weren’t interested. It was really devastating because I felt I was treated like I was a criminal, like I was doing something wrong. I wish I knew then what I know now, but it’s very hard to advocate for yourself, but I just knew inside that I wasn’t going to let them kick her out because her father wasn’t helping financially. I just thought, no, I’m not going to let him take that from her.

My daughter did very well at that school and they used her image for the school promotion because she was a very beautiful girl and she’s very talented. But it was very stressful to try to keep her in that school so when she left, I asked them to remove all of her images because I had been treated so appallingly and been spoken to like I was doing the wrong thing by not paying the fees in the way they wanted. I’m still paying those fees off now, and she finished school four years ago. But the thing is, that debt wasn’t mine, it was her biological father’s. Yet they sent debt collectors after me when they knew that it wasn’t me who owed the debt. I paid and still I pay what I can but it’s not my debt.

Unfortunately, during this time, when my daughter was seven, I met someone else at a church barbecue, someone who pretended to be someone they weren’t. I even took them to meet my counsellor because I was wary of introducing somebody to my daughter but if someone wants to trick you, and withhold parts of themselves, there’s nothing you can do about it. I ended up marrying this person but four months into the marriage I found out that I had married somebody who was very dishonest and living a double life and who had a sex addiction and all sorts of other addictions as well.

I did try to go to therapy and get help with him, but unfortunately that wasn’t going to work. So, I ended up finding myself left behind in a home in St. Ives with the phone cut off, not a lot of furniture and not able to cover the rent. My brother and his wife moved in with us so that we could stay in that place for six months but all the while, I was really conscious of keeping my daughter in her Steiner education because I wanted to give her some stability.

Her father wasn’t around by this time, he’d moved down to Adelaide and in one way that was hard, but really it was better because it meant that we were both going to be safe and I didn’t have to share custody with somebody who would have people that I didn’t know around my daughter. Because there was one time when she was little and I had dropped her off at his place. And then when I came to pick her up, she had been left in the bedroom and he was out on the balcony with a whole bunch of people that I didn’t know. And I decided then that I would never leave her with him again, because a beautiful little girl left alone in a bedroom with a whole bunch of strangers around and nobody to look out for her wasn’t safe, and her safety came first.

After my first experience with my daughter’s father I’d thought I could recover and redeem myself but I think the experience with my second marriage was the hardest because it was the second time that I’d ended up in an intimate relationship that was really not healthy. There was a lot of shame around that and it seemed like people’s judgment of me was really harsh.

Unfortunately, I had been abused when I was a little girl, and I understand now, through many years of therapy, that once you’ve been a victim of sexual abuse and you’ve been in a situation where you’ve been in an unhealthy relationship, those patterns will keep repeating themselves until they’re healed.

I know that my story needs to be shared because people do find themselves in situations where they never thought they would be and families really don’t know how to cope. Families don’t know how to provide support because it’s not a situation that you think you’re ever going to be in. We always think that’s a situation that happens to other people, like poverty happens to other people. I know some people could have said, ‘Well, why didn’t you just pull your daughter out of that school?’ Well, that was the one thing that I thought I could keep stable in my daughter’s life. Because after the second marriage, I had to move around and I had to go back to sharing a bed with my daughter again. So for a lot of my daughter’s life, we had to share a bed because I just couldn’t afford two-bedroom accommodation.

‘I lived in an upper middle class area, is where I was born and bred, I know that my story needs to be shared because people do find themselves in situations where they never thought they would be and families really don’t know how to cope. We always think that’s a situation that happens to other people, like poverty happens to other people.’ – Kylie 2021