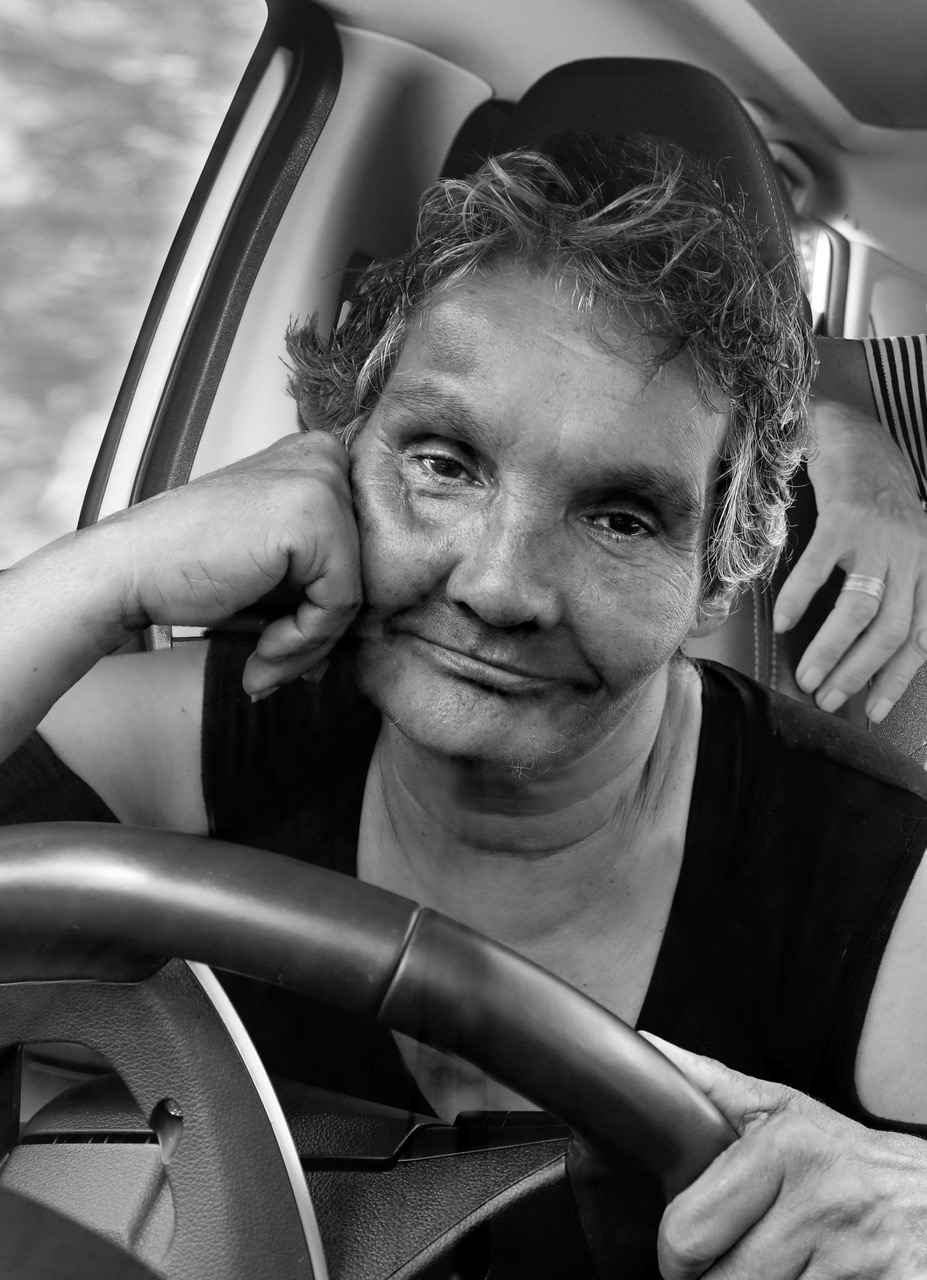 I’m speaking out for the people who can’t speak, who don’t have a voice. I became homeless through domestic violence when I was 14. Becoming homeless is a very sad thing because everything’s been taken away from you, just snatched from under your feet. It can be a very scary thing for people who have no hope in life and think that everything’s just going to end. Homelessness is not a choice; homelessness can happen to you, it can happen to anyone, especially during COVID. What would you do? Where would you go? Who would you be? Think about it – you could be on that side of the fence one day! I’d like to see people try being in our shoes on the streets. You might think oh, it’s not that bad being on the streets, but it is. How would you cope, who would you ask for help? Would you be able to sleep on a park bench like I did for five years? You have to find food, you have to find shelter, you have to find your own little network of friends that are like you, and sometimes you feel like you’re left out of the world, and the world’s looking down on you every moment. And as for the government, oh my god, why build a multi-billion dollar railway line when we could be putting it towards building housing for the homeless?

My story is that I was adopted at the age of five, and I grew up on the north shore at Castlecrag, and my parents moved to Double Bay. And, once we moved to Double Bay, the abuse started again from my foster mum. I was bashed, and I found out they never really wanted me and I couldn’t live with her anymore, so I ended up running away from home, and going onto the streets. I ran away to Woolloomooloo and found friends and they told me, “Why don’t you go up to Kings Cross?” And I’m like, “What’s Kings Cross?” So I ended up on the streets in Kings Cross and making friends there, and I was brought up by the street people of Kings Cross and, now I’m considered part of the community and all the homeless people I’ve got to know are my family now. I started working on the streets from there; I started working in the clubs and got into the drug scene, and mixed with the wrong people. I ended up with very bad depression and anxiety, which I still have to this day. I’m in and out of hospital and every now and then I think is it worth living? And then I look around and I go, “Well, I have to be a strong Aboriginal person, I’ve got to be strong for everyone around me because the people I have met have given me that strength.” And now I look at it as a miracle that I’m still here. Don’t judge us because we’re on the street. Don’t judge us because we’re different, because we don’t look like you, or we haven’t got what you have. We’ve still got a heart, we’ve still got feelings, and we’re still the same person inside. When you look into it, I’m not much different than what you are. We might even teach you something new.

When I was on the streets I used to sleep in the park down here and travel up and down on the trains for many years, and that was my home. And then this friend said, “Oh, I’ve got a camp out west”. And that’s where I actually ended up going and finding my real family, in this camp. I found my cousin, and he looked after me, he told me about housing and I went, “I don’t want housing, I’m pretty happy on the streets,” and he’s like, “You need a place to live.” And I’m like, “No, I don’t. I want to be on the streets.” And he’s like, “No, you have to have housing. I’m not going to let my cousin sleep on the streets. You’re too young and too beautiful.” And I went, “Okay, I’ll try them.” And, then they came back around the next week, I spent about a month out there in this camp and I was happy. Bought a tent but that got ripped off, so I had nowhere to sleep but I was happy and I thought “Well, I’m going to go back into the city and see what I can do in there.” And yeah, I met up with some friends and they said, “Oh, there’s this housing.” I went up to Wayside and I started hanging out at Wayside. So, the streets have always been my friends. I never had a place I could call home; I’ll always call Sydney streets home. I’ve never had any trouble with people on the streets. Everyone respects me, all the streeties, all the homeless people. I call them streeties, it’s a slang word, it’s just like a brotherhood thing. I love my community, and I love the friends and family that I’ve got now. And everyone that I’ve met, that I have a connection with. And they all seem like a brother and sister to me. There’s no one judging me, or anything. They all look at me like I’m just a human being and I’m one of them. And the good thing about being part of the community is that if I see someone is down, I can make them happy, and that makes me happy.

But I haven’t always lived in Sydney. I moved up to the Central Coast for 14 years with a biker. And that ended up being not so good and me leaving him and having to move back down to Sydney because I found out was married and was only using me for sex. Then, I went back and I met up with another biker on the Central Coast and I ended up marrying him. That marriage lasted for not even a month and I went back to Sydney again. And then I stayed in Sydney for the rest of my life. And while I was in Sydney, when I was young, I had four beautiful children, three girls, and one boy. My youngest boy’s up on the Central Coast with his own two kids. My oldest two daughter’s got three children. My second daughter’s got one daughter. And I’m still waiting for my third to get pregnant. My youngest daughter is the only child that actually I’m in contact constantly with. Her name’s Merinda and I love her so very much. She’s my backbone and I ring her up if I’m down and out, or I feel like I don’t wanna go home, or I just want to be out on the streets. She’s like, “Mum, just go home.” And I’m like, “Yeah, but I don’t feel like going home, I feel like being on the streets.” And she’s like, “Mum, go home!” So yeah, she’s my backbone, she’s my strength. They say you shouldn’t always rely on your daughters to do everything for you, ’cause you’re the mother… but she’s my mum! Because at times, I just don’t know which way to turn. So I just turn to her and go, “Honey, I want to be on the streets. I want to leave my house, I don’t want to be in the house anymore. I just want to be on the streets.” And she’s like, “Mum, you can’t be on the streets, you’re too old.” And I’m like, “I love you, too, darling.” But she’s my backbone. But my other three children, I hardly ever see. I put them all in for foster care, though my oldest daughter was adopted out. None of them understood why I put them in foster care or adopted ’em out. But as they got older, now they got kids of their own, they understand what I was going through when I was younger, why I gave them up, how I was mentally challenged with having children and DOCS walked in and took ’em. And yeah, it was just one of those times where I couldn’t mentally cope as a parent, having no help out there bringing up children and then going through DV at the same time. But I did the best for my kids. I gave them the best life I could’ve actually asked for.

I’m saying that because my kids actually kept their kids. They learned from what I did and they became stronger through having learned from what I went through. So they’re more stronger than I was back in the day. And I’m so proud of them for being so strong. And I love them so much because I’m a grandma of six kids. And I say to my kids, “I’d love to see my grandkids before I die.” And they’re all like, “Yeah, well, if you, get off the drugs, mum, you can finally see your grandkids.” And I’m finally slowly getting off ’em.

I have housing now and I live in the city, and I’m very happy where I am but I’m happier out here in the open, free as a bird. I’m helping myself. I’ve got my community, I’ve got support out there now, which I wish I had back then – because there was no support back then. You didn’t know where to go for support. But now I’ve got thousands of support workers that I can call on. And yeah, it’s all good and I’m very happy with my life right now. But behind all the happiness out there, there’s sadness. Everyone’s searching for something; I’m still searching for that special place. I’ll never settle down, I’m out of my house every day of the week. I’ve got animals I go home to, and they give me their love, they’re my best friends. I do have friends but I don’t invite them around to my house in case I am judged and they say, “Oh my god, is this where you live?” I’d get depressed and I have to look after number one. It might sound selfish but I have look after myself. If I don’t look after myself I can’t look after anyone else.

My dream has always been to win the lottery and build a big hotel for all the homeless for somewhere for them to go at night with free rent and free electricity, where they feel safe and are able to have their pets because often homeless people can’t have their pets in housing. But pets are their companions, they’re my companions, they give unconditional love, they keep me sane. A lot of people end up homeless because they’d rather keep their animals and they can’t have them in their housing. And I know there’s a lot of people out there who have lost their homes. My heart goes out to people who are homeless. Please don’t be afraid of homeless people. Have the courage to stop and say hello and have a chat, we don’t bite. Acknowledge them. Sometimes they don’t want to be talked to, but offer them something to eat. Say hi, because sometimes just saying hi makes a person’s day.